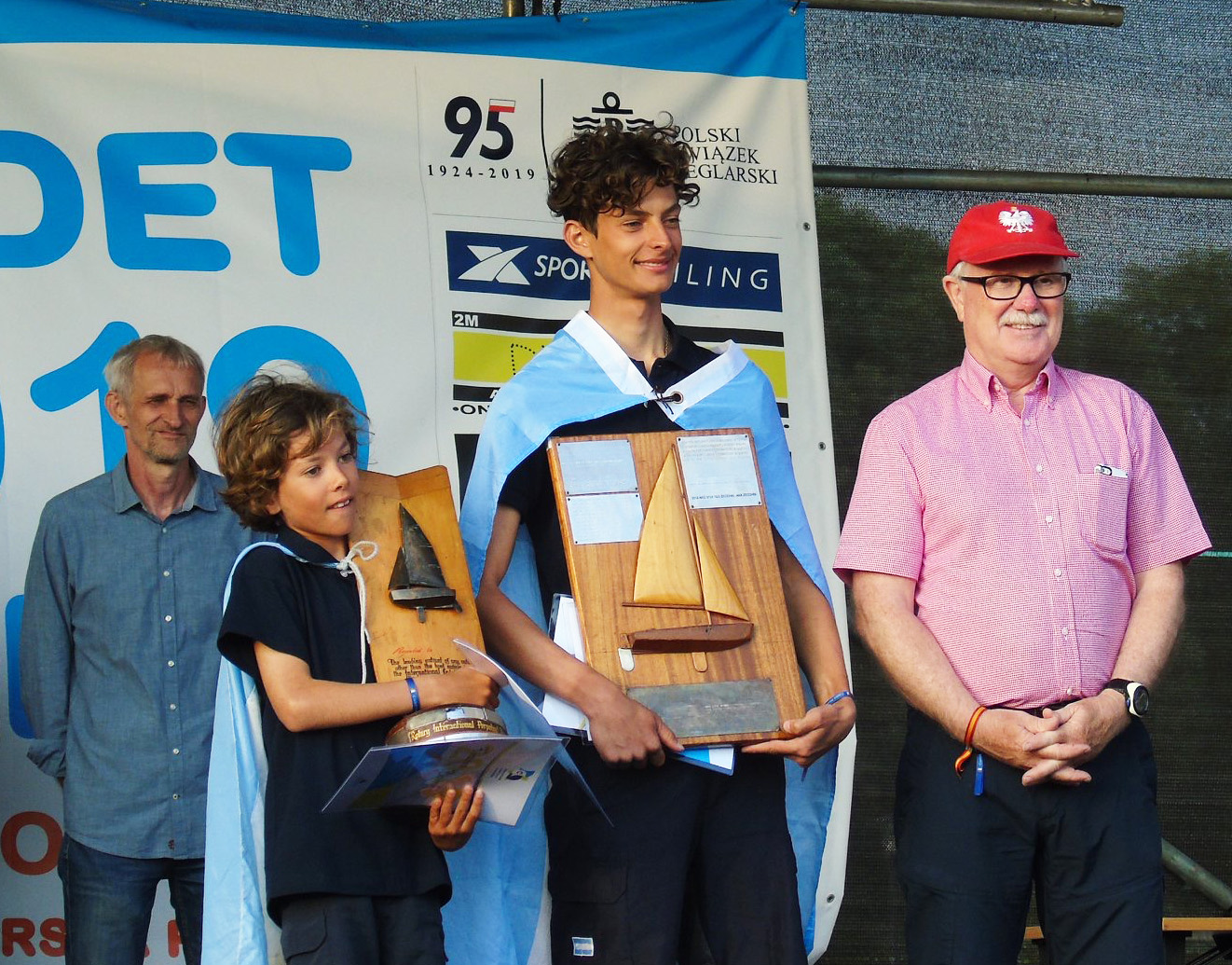 Silver this year was won by Belgian contenders Thibaud Dirix & Thomas Winand and they made for a breathtaking finale with only 4 points difference with the number 1… Bronze was taken by a home team: Pawel Kajeta & Tymoteusz Roszkowski from Poland. The Ladies Trophy for the best female helm was won by Kristina Vasilyeva with her crew Elena Eliasina from Russia in place 4!

Special mention should be made of this year’s 5th place: Hugo Allison & James Gough. Hugo is already a World Champion in his own right taking home the Yachting World Trophy as a crew in 2015 in Riva, Italy!

Traditionally the Cadet Class also hosts a Promotional Regatta for those sailors who did not make it to their national selections. This year’s edition saw a very strong fleet with 68 boats, 32 of which were Polish! The Promos were won by Daisy Nunn & Oscar Bush from the UK. Silver was for Franciszek Rutkowski & Jan Kopyra, bronze for Piotr Cendrowski & Adam Rutkowski, both Polish teams.