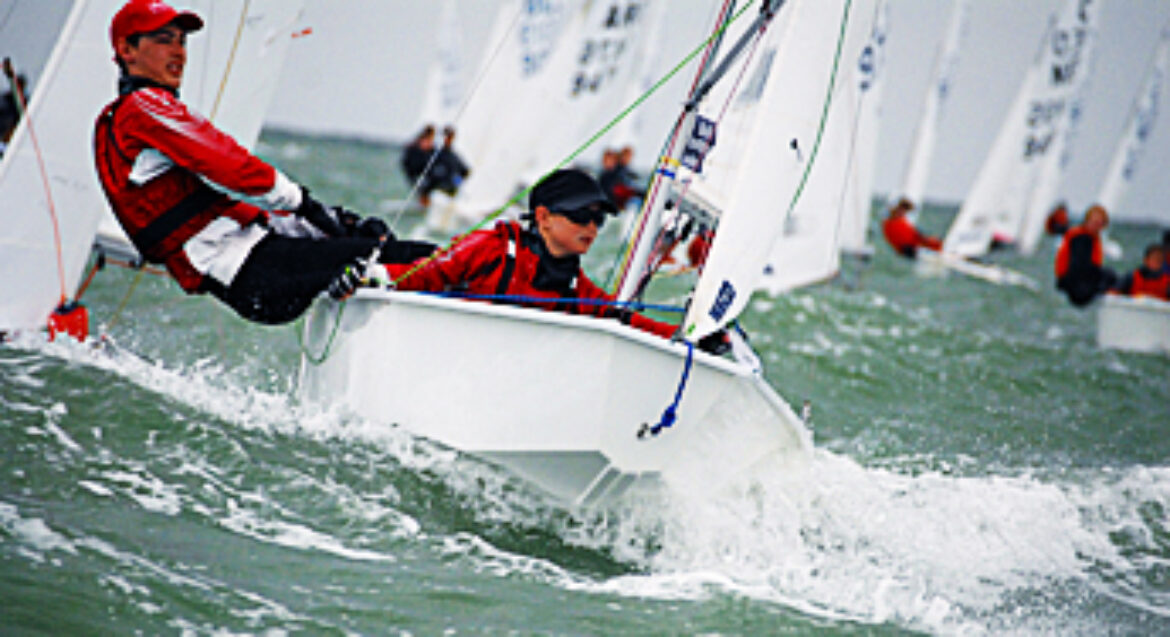 Welcome to our Class Website!
As you can see we present our wonderful Cadet class as The Training Class of Champions, and rightly so. Many well known (Olympic) sailors started their career in the Cadet. To name but a few (the list goes on and on): Juan de la Fuente, Fernanda Sesto, Steph Bridge, Ángela Purmariega, Stevie Morrison, Ben Rhodes, Joe Glanfield, Pippa Wilson, Sven Coster, Xabi Fernández, Michal Maier, Ian Williams, Sarah Ayton and Santiago Lange. During the last edition of the Volvo Ocean Race even four former Cadet sailors took part in four different competing teams. Like I said, just a few… and only from recent history at that.
The picture above shows you the old and the new, the history and the future of our distinguished class. More than 10,000 sailnumbers issued to date on 5 continents, built on 4 continents by licenced top quality builders and sailed in close to 50 countries around the globe. And by the way we could recreate this picture with Cadets GBR 10000+ and GBR 735, the latest and the oldest registered and competing Cadet.
World Sailing International Class
The Cadet is still the only World Sailing International Class dedicated to double handed sailing for the age group of 6-17 year olds. A successful technical racing training class by all accounts, since 1947. Churning out competitive sailors each and every year (well over 200,000 sailors to date!). No wonder the Cadet Class is endorsed by all important high performance pre-Olympic classes as a feeder class. A very high rate of Cadet sailors continues to race actively. What is Expected in a Lessons

The Cadet Class also has an excellent working relationship with its single-handed counterpart the Optimist. Both classes are complementary in their catering to the needs of the same age group and both still are the only international junior classes within World Sailing. Together they form the true grassroots of youth sailing globally.

On behalf of the International Cadet Class Association and its Executive Committee I wish you all fair winds, following seas and happy sailing!